How to Fix a Solar Light 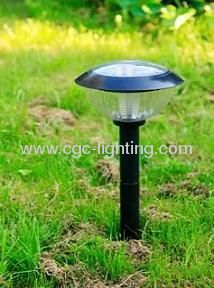 A good looking solar light can be a great add to your home's backyard or yard. They work for quite a while before they, like all electronic devices, break down. Here's a few tips to making them work again.
The solution to any problem lies in its assessment. That is exactly what we need to do in this case too. To know what's wrong with your solar yard light, you need to know what makes a solar light. Diagnosing the Problem
Now that we know what's in a solar light, we can get to fixing it. There are two types of solar lights, and both have the same answers to their problems. There are some visual results that you can use to know exactly what's wrong with the light, things like: Fixing the Solar Light

Dismantling and Cleaning
Probably the simplest thing to do that might solve your problem. It can sometimes happen that dust and dirt will settle on top of the LED, dimming it, or on the sensor, making it malfunction. Another problem with the sensor is that if the transparent coating on it is not top grade, it will slowly turn opaque due to direct exposure to sunlight. Battery Problems
The easiest problem to fix. Clean the battery contacts and replace the battery in its casing. Sensor and LED Problems
The problem here is you won't really know for sure which one is really to blame. You may replace the sensor only to realize the LEDs blown, or the other way round. There is one fix that you can do with the sensor that may help you decide. The thing with solar lights is, most of them are made cheap and sold cheap, even if it's in an attractive case. But the essence of buying a solar light is to reduce one's carbon footprint, so it would be good to fix the problem rather than buy a new light.


Next:  Solar Lights: Get What You Wan