How Do LED Lights Work? 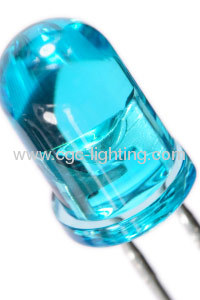 LEDs (Light Emitting Diodes) are now found on almost every electronic device including MP3 players, DVD players, TVs, clock radios, and computers. LEDs have been popular for decades. However, today they are cheaper, brighter and come in more colors than ever before. While the incandescent light bulb has been the light of choice for at least 100 years, many believe the LED will soon replace it. Here is how LED light bulbs work.
What is an LED Light Bulb?
LEDs are very similar to traditional light bulbs, except that they fit directly into an electrical circuit. LEDs do not have a filament, so they generally last a long time without burning out. Because there is no filament, LEDs do not get hot and require far less electric power than traditional light bulbs due to their efficiency. In fact, electrons that run through the semiconductor material that LEDs are connected to illuminate LEDs.

What is a Diode?
An LED is a light emitting diode. A semiconductor diode is a two-terminal device, sometimes described as a pn. An LED is fabricated from a semiconductor material. One side of the semiconductor is attached to the P side, which is the anode, while the other side of the semiconductor is attached to the N side, the cathode. Electricity can flow from the p side to the n side. However, no electricity can flow in reverse. In effect, therefore, a diode is a unidirectional conductor.
Components of an LED Light
Common LED components include a whisker that is connected to the anode, the anvil, which is connected to the cathode, a lens to illuminate the light created for distances, and a high impact plastic casing to protect the LED.
The Color of an LED Light
LEDs are available in a variety of colors. While popular colors include red, yellow, and green, one of the most difficult colors to create is white. In fact, it is currently not possible to create pure white for mass production. Most LED flash lights or light bulbs today that are white are actually not pure white, but whitish-blue.
LEDs Offer Many Benefits
There are many reasons that LED light bulbs continue to be popular. Here are some of the main benefits they offer:


Previous:   What are LED Lights Next:  Application of LED Lights