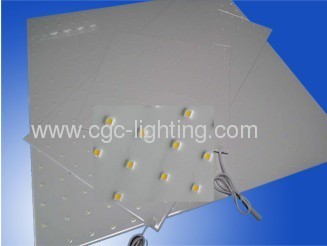 LED's proprietary characteristics above mentioned determines their ideal suitability in a wide range of application.
Decorative lighting
Due to the rich variety in colors, small size, durability, energy savings, LEDs are perfect light source for decorative application. Attached on a PCB, flexible cable, or other desired materials; LEDs can be used for light source of channel letter, signs, border light, light tube and so on.
Illumination:
With the advance of the white light LED technology, an array of white light LEDs assembled in a certain way are now bright enough to be used for domestic illumination, such as light, table lamp, and garden lamp etc.
Display:
A typical application of LEDs is for message display or large-scale display screen, which are popularity used in sport fields, airports, business centers and so on. The largest LED display in the world is 36mm high, at Times Square, Manhattan.
LCD backlight
Because of LED`s small size and low power consumption, they are perfect light source for LC backlight.
Color
Monochromaticity is the inherent property of LEDs. They emit a pure color in a narrow frequency range. The color emitted from a LED is identified by peak wavelength (lpk) and measured in nanometers(nm). Peak wavelength is a function of the LED chip material, the composition of the different materials determines the wavelength and therefore the color of light emitted.
As we know, white color is a combination of all colors. But eye does not require a mixture of all the colors of the spectrum to perceive white light. A mixture of three primary colors(red, green, blue)can be well enough.
Based on this principle, many solutions have been proposed to fabricate white color LEDs. The typical one is to bury a GaN type blue LED having an InGaN active layer in to a YAG pond emitting yellow fluorescene.
Intensity an View Angle:
LED light output varies with the type of chip, encapsulation, and other variables. But there is no consistent international criterion for LED brightness measurement. Generally, the amount of light emitted from a LED is quantified by a single point, on –axis luminous intensity value(IV), and is specified in millicandela(mcd).
A LED with higher luminous intensity value does not mean that it has higher total light output. To measure the total light output, the viewing angle must be taken into account too. LED viewing angle is also a function of the LED chip type and the epoxy lens that distributes the light, LEDs with different chips and epoxy lens will have different viewing angle. If two LEDs have the same luminous intensity value, the lamp with the large viewing angle will have the higher total light output.


Previous:   How Do LED Lights Work?